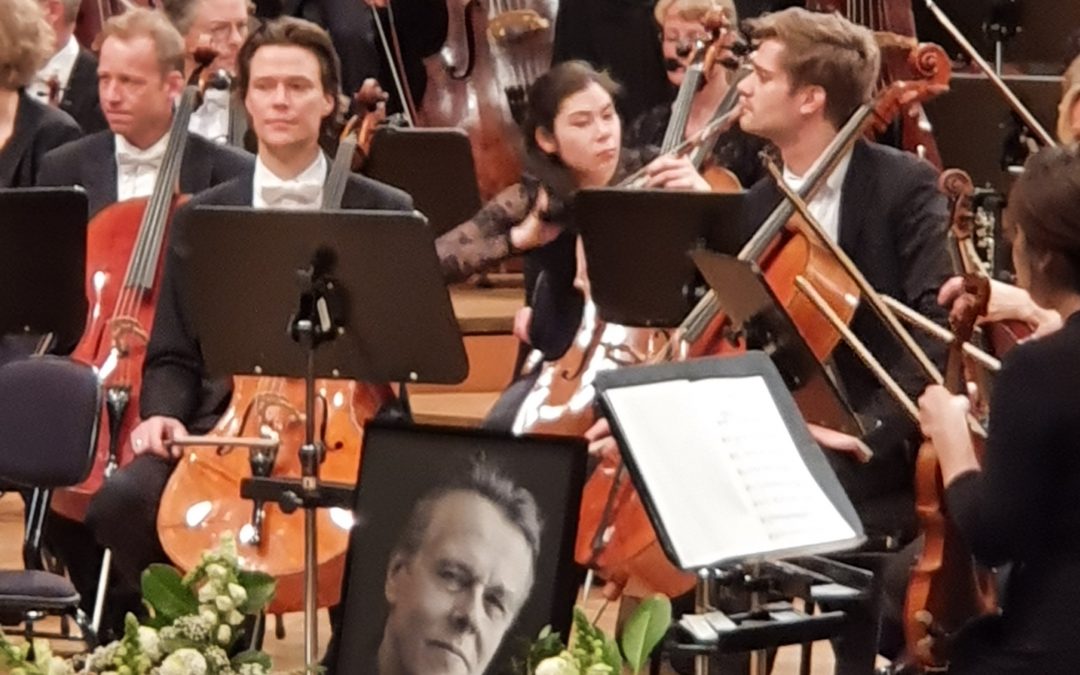 This was the title of the memorial concert in honor of Mariss Jansons on January 15 2020 in the Gasteig Konzerthaus.
The Symphony Orchestra and choir of the Bayerische Radio honored their chief-conductor who passed away in December 2019. His long-life friend Maestro Zubin Mehta led the way in Mahler`s 2nd “Resurrection Symphony”
As an introduction there was a conversation with two orchestra members in which they talked about their love and respect for Mariss. Sometimes so emotionally charged that they broke into tears. These personal outbursts where like a mirror to me. In the same 16 years that Mariss was their chief I have had the privilege to serve his interests as his manager for the Royal Concertgebouw Orchestra. For a big part during these years he was chief of both world class orchestras. Indeed, I have had the privilege to experience the same driven, super sincere and true human being. Both during the many concerts as well as in the private moments with him concerning contracts and details. Details; those you had to be prepared for, details where his natural habitat.
The performance of this already intense 2nd Symphony by Mahler was one which I will never forget the rest of my life. Orchestra, Choir, Soloists Golda Schulz-Soprano and Gerhild Romberger-Alt under the baton of Zubin Mehta, all had a charge of emotions which send shivers through the audience. With as touching apotheosis the 5th part Im Tempo des Scherzos-“Resurrect, yes resurrect thou shalt” Langsam. Misterioso.
The humanistic words, the intensely played and lived through music were brought to us in a very powerful way. Just as many in the audience with me, I burst into tears alike the musicians who after a long applause fell into each others arms. There was a blissful silence after the last chord faded away, as if everyone present gave ultimate tribute to the deceased.
The true humanity which marked Mariss Jansons shone through in every detail this evening. We do not need to wait for Mariss his resurrection. Listen to his many recordings and his soul will be present.
Dear Mariss thank you for everything you have given me. I will proudly and amicably carry you with me the rest of my live.
The recording of January 15 2020 can be found on www.br-klassik.de